Marsha McWilson's Motown Christmas concert at Batavia Downs, halfway between Buffalo and Rochester, was a success. Taking place on December 15th, the concert featured Joshua Vacanti from NBC's The Voice, as well as Harper Sinclair, Cameron Connor and the New Beginning Music Ensemble led by Ella Robinson. Songs like "Silent Night," "Someday at Christmas," and "Have Yourself A Merry Little Christmas" wowed the crowd, as did Marsha's Etta James' impersonation on "Tell Mama" and "Anyway You Want It, Let It Roll." Marsha's new Christmas CD was for sale ($15) at this event, as well as new "bling" t-shirts ($25) featuring her name and face. If you would like to own the CD or a t-shirt, please use this website's contact page to inquire about getting your hands on 'em!

Marsha McWilson honored in Niagara County, Dec. 6 is her day!

The Niagara County Legislature recognized local celebrity Marsha McWilson at a meeting in 2022. She was lauded for her “outstanding contributions to the community.” 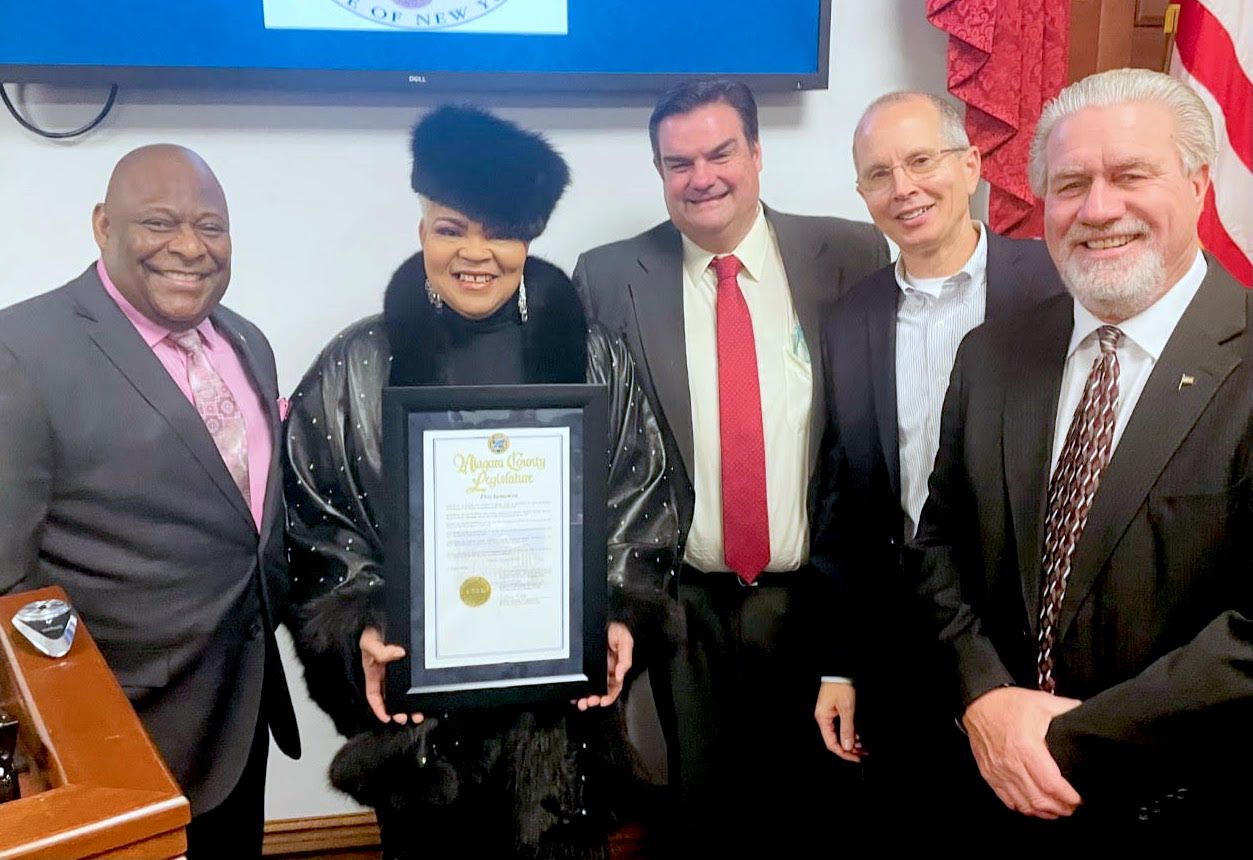 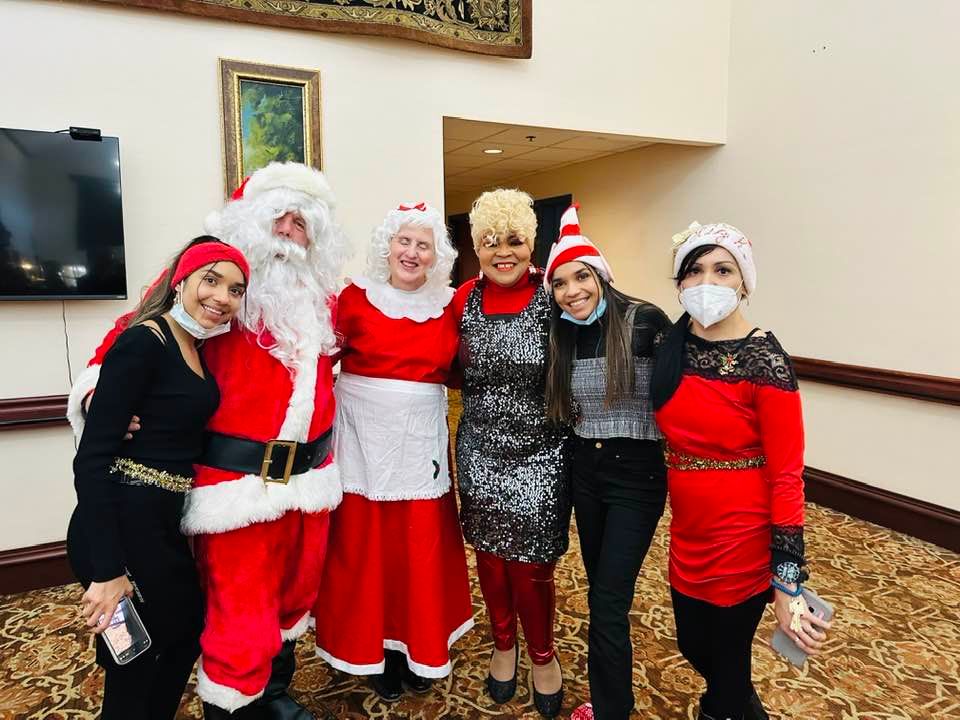 Marsha helps make the season more merry as she sings "Etta" songs at Brompton Heights senior home, Dec. '22! She got a pic with Santa and Mrs. Claus! 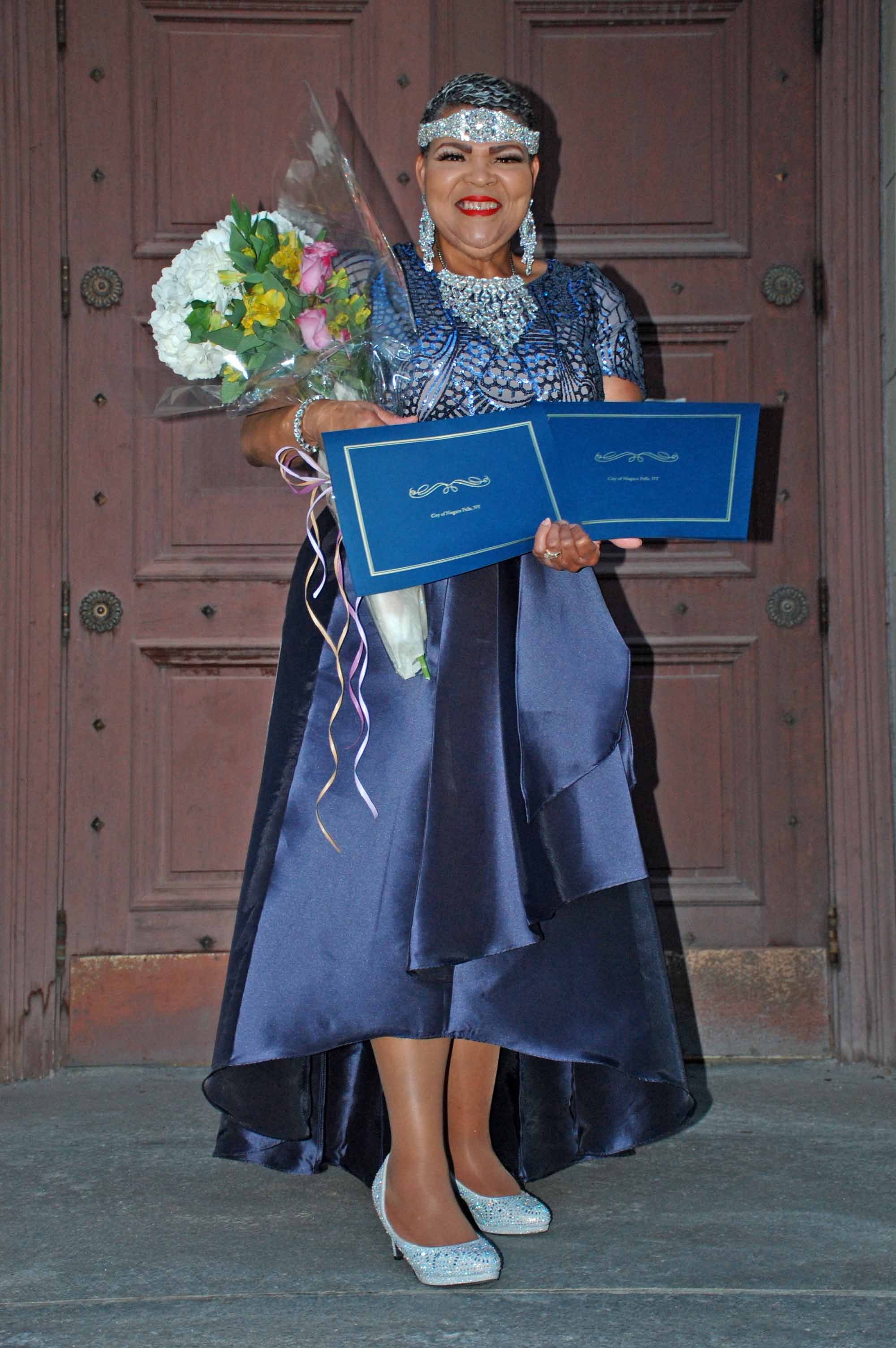 October 5, 2022 was a fantastic day for singer, songwriter, actress, businesswoman, community activist and the first Black woman to be inducted into the Niagara Falls Music Hall of Fame.

Marsha McWilson, the woman of many titles, received two proclamations from Mayor Robert Restaino, one declaring her BLUES QUEEN OF NIAGARA FALLS and the other designating October 5, 2022 MARSHA McWILSON DAY.

“I am humbled to receive this award. Never thought in a million years that I would have my own day and be named BLUES QUEEN OF NIAGARA FALLS!” McWilson added, “You can’t sing the blues unless you’ve been through something, and I’ve had my share, but God has turned them into blue skies for me.” --Reporting and Photos by Kim Webster 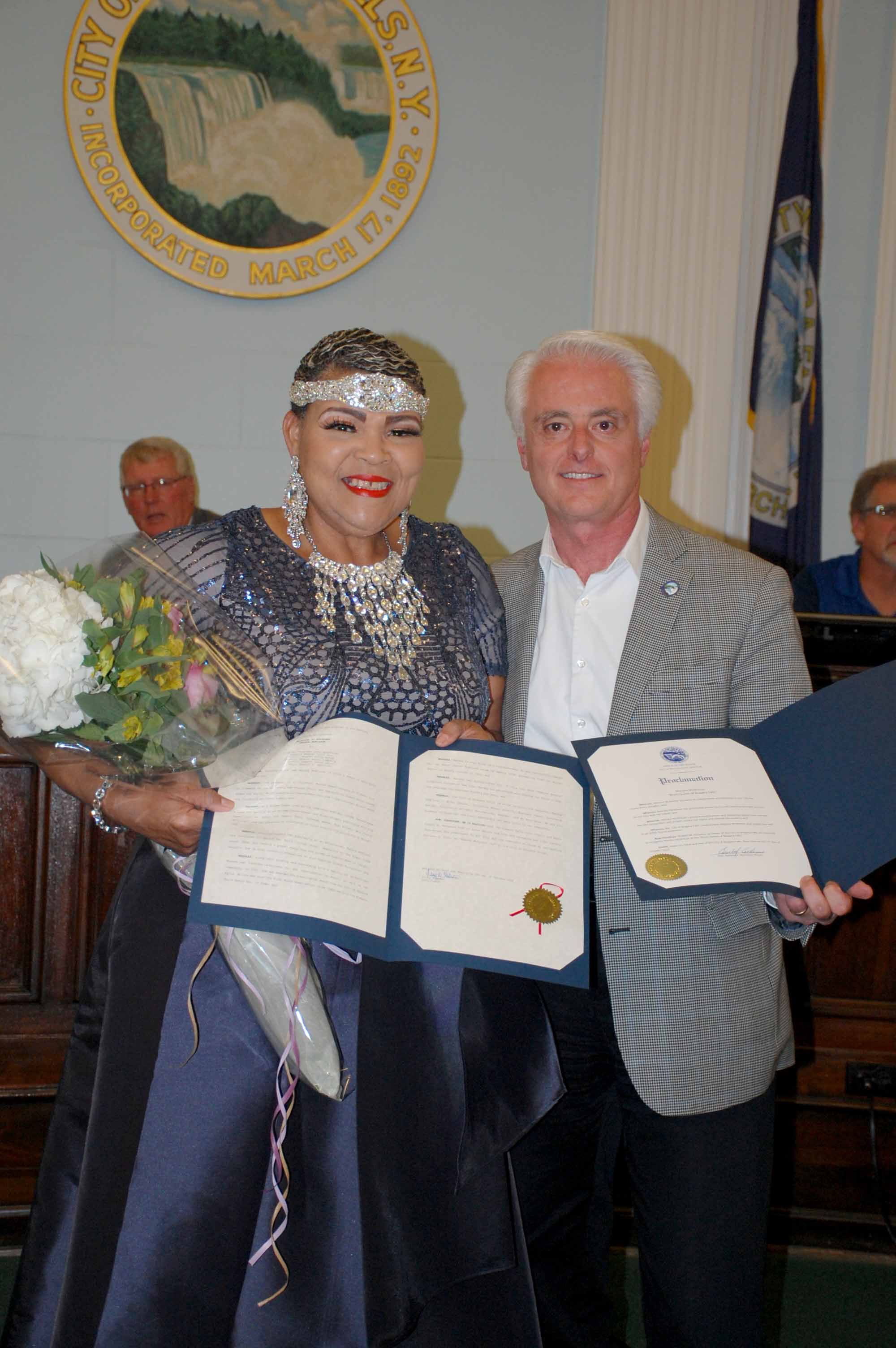 The Paul Robeson Theater located at 350 Masten Ave was the perfect “intimate” venue for singer, songwriter, actress, entrepreneur Marsha McWilson. Her July 29, 2022, concert there was a smashing success!

Yao Kahlil Newkirk was MC for the “affair.”

“I’m so honored to sing for you this evening,” she said with a smile. The stage set resembled a classy nightclub with roundtable and side seats for VIP guests. A ceiling chandelier was accented by two candelabras on each end of the set.

Ms. McWilson began the evening with a variety of songs from her Gospel roots including: “Lean On
Me,” “Oh Happy Day,” “Mary Don’t You Weep,” “How I Got Over,” and while off stage sung
an a’cappella version of “Yes Jesus Loves Me” joined by her on stage son Cameron. “I taught
him that song when he was 7-years-old,” she proudly said.

Floors vibrated as the audience stomped their feet and clapped their hands reminiscent of a traveling Church Revival while Ms. McWilson sang “God Is Trying To Tell You Something.”

A heartfelt moment was experienced by all when she dedicated “Amazing Grace” to Brenda Cunningham
who recently lost her husband Melvin Cunningham.

“I am going to have a musical experience with you,” and the evening was just that as Ms.
McWilson reflected on her song “Balance” which she performed for Tyler Perry. He was so
impressed that he chose her, from among 3,000 entrants, as the winner of the 2017 Tyler Perry
Movie Search Challenge. He also gave her an acting role on the acclaimed “If Loving You is
Wrong” cable TV series. She told stories of other life changing moments then took us to the
“Hole in the Wall,” and gave us “Down Home Blues,” spending our “Last Two Dollars,” making
us “Crazy.” “Tennessee Whiskey” was artfully changed to a song about decadent desserts and
we danced to “Tell Mama” and “Let it Roll.”

If you were privileged to see this One Woman Show by 2020 Niagara Falls Music Hall of Fame awardee Marsha McWilson you know it was truly spiritual, entertaining and packed…standing room only! 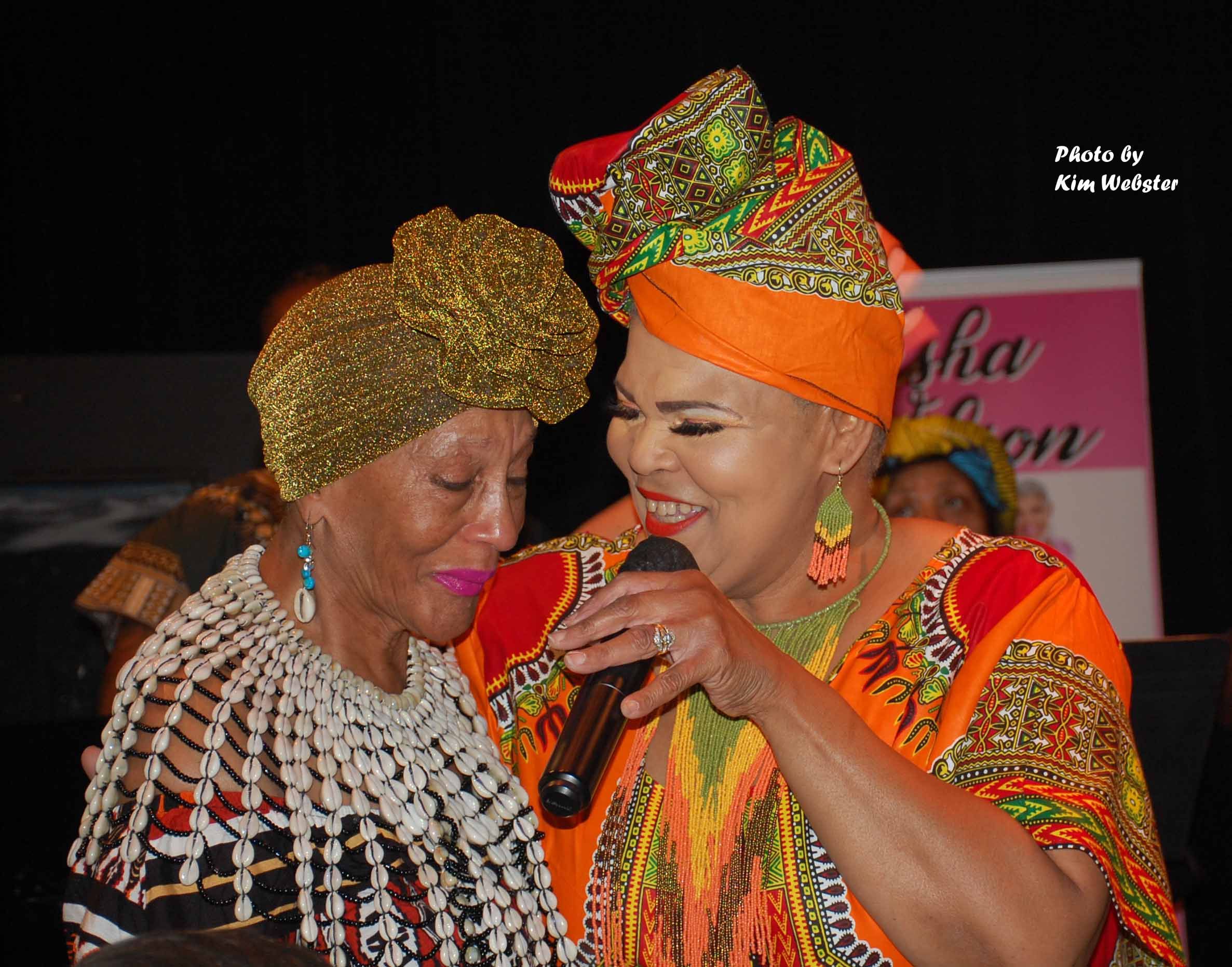 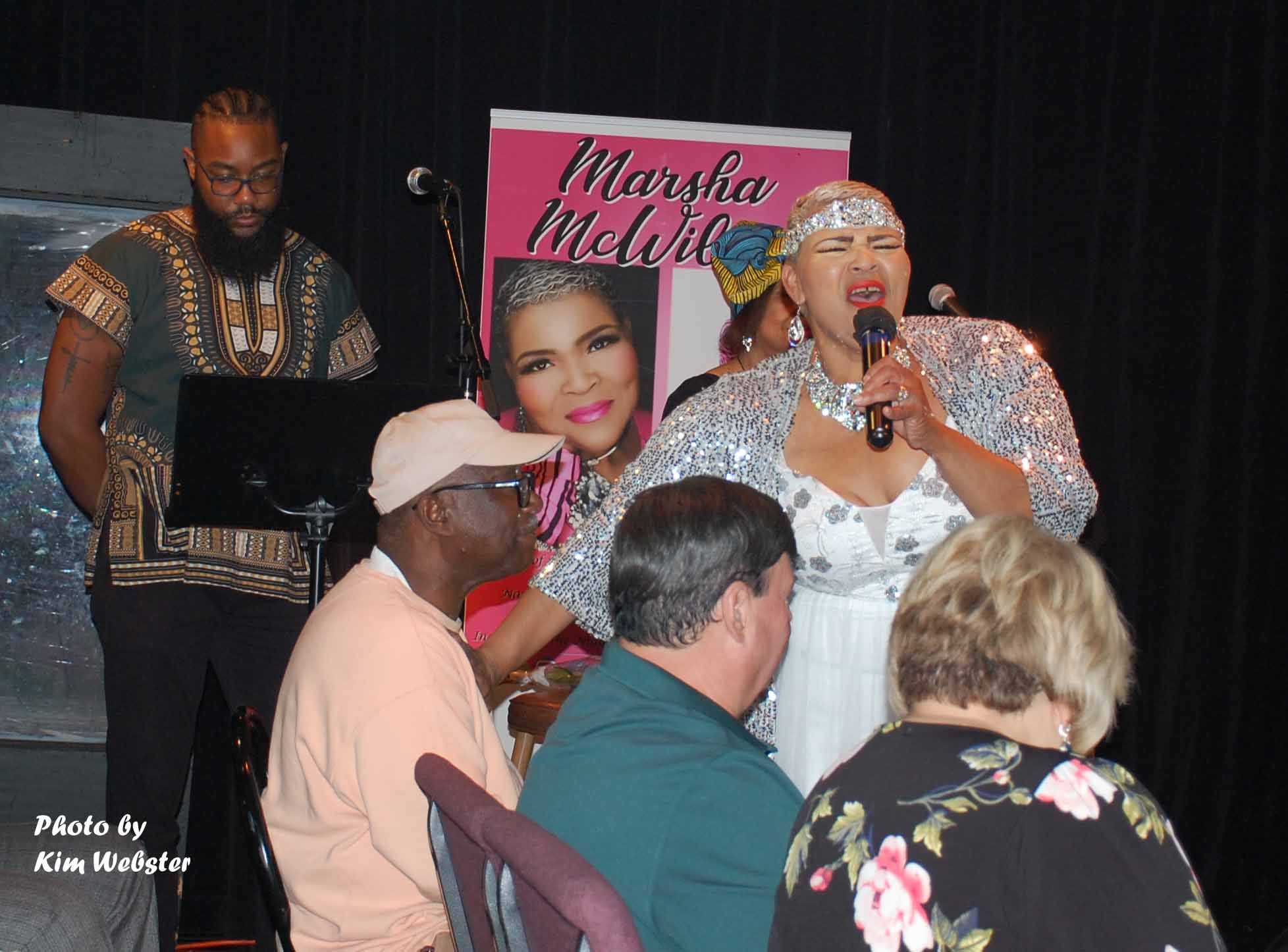 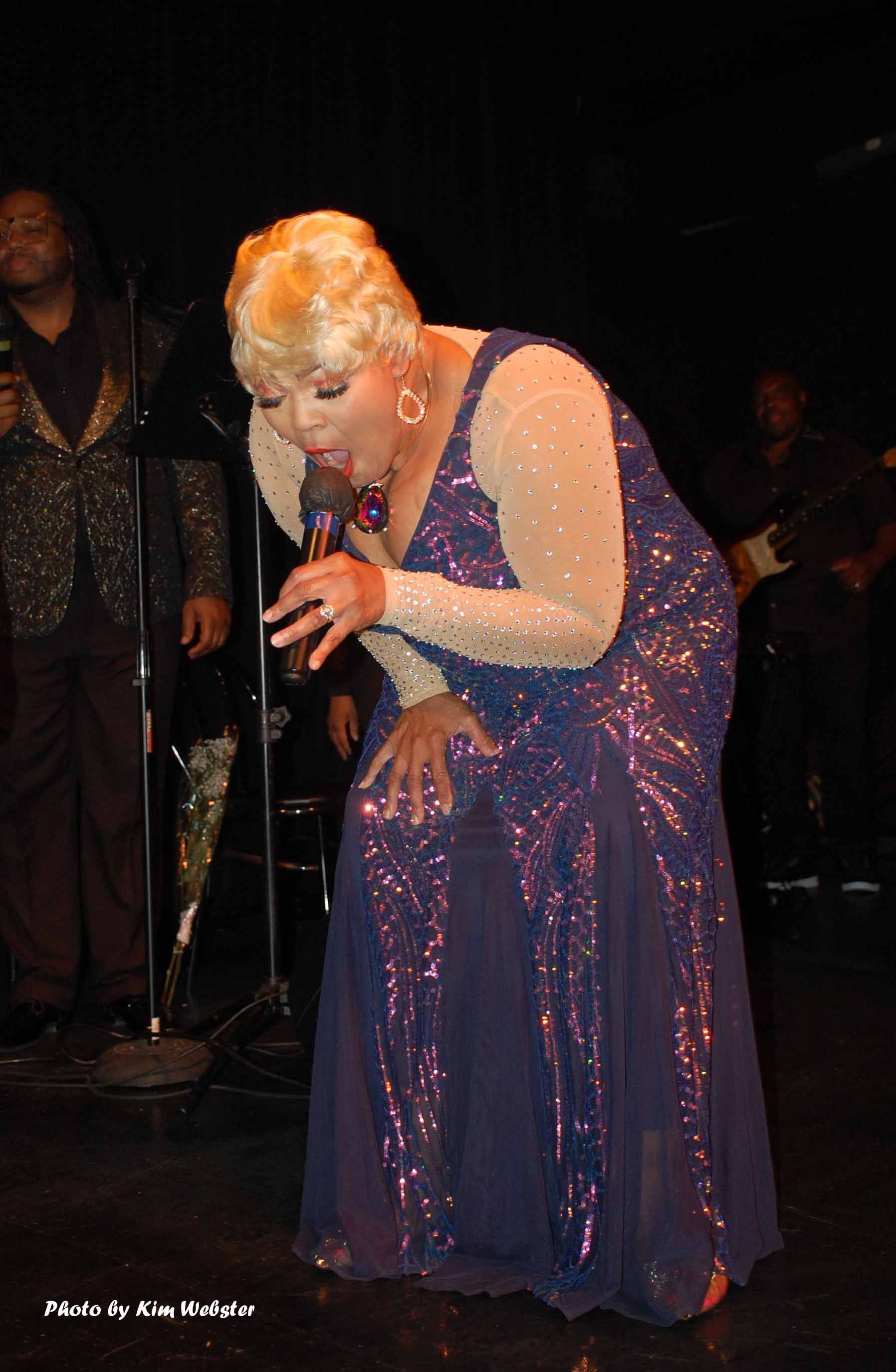 Marsha helped out with Bald For Bucks! 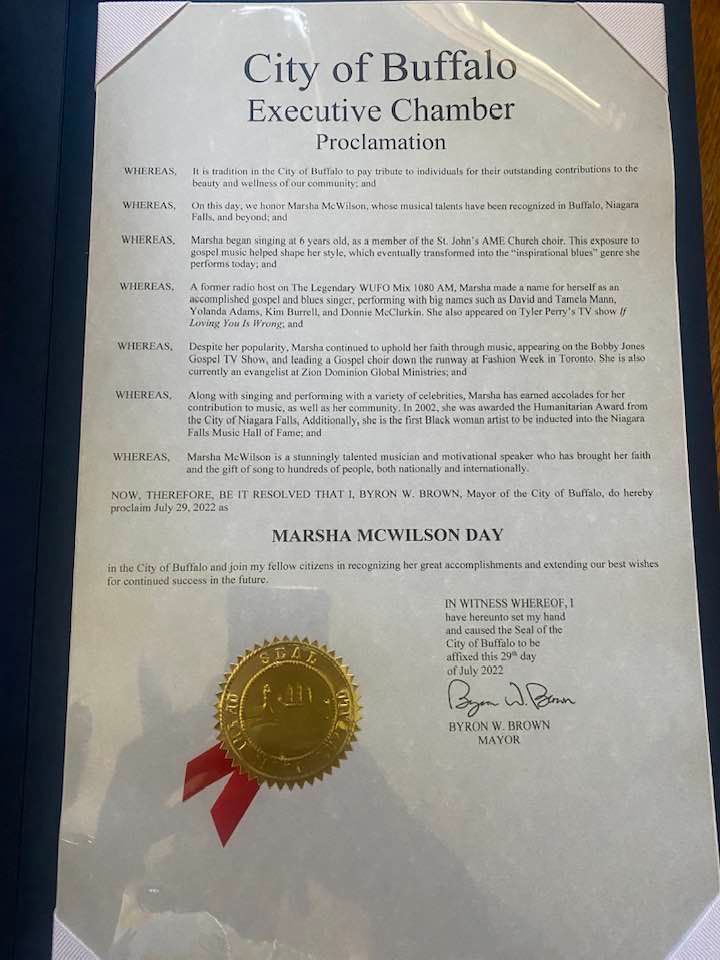 Marsha McWilson sang at The Grammys in Vegas 2022

Marsha Marsha Marsha! Marsha McWilson ended up at The Grammys in Las Vegas 2022 to not only celebrate her birthday, but also sing not once but twice for a Grammy afterparty crowd of music industry bigwigs! She met a lot of rich and famous people, including Rihanna's dad who runs Fenty. While in Vegas, she wowed crowds with her outfits as well as her performances of "Proud Mary" and "I'd Rather Be A Blind Girl." It was a whirlwind of a trip! 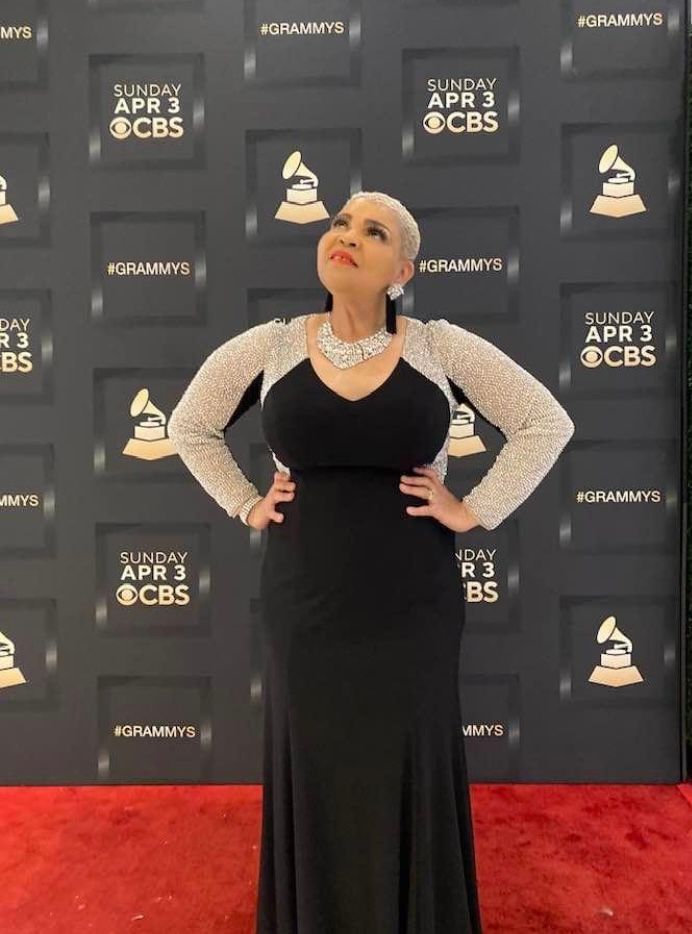 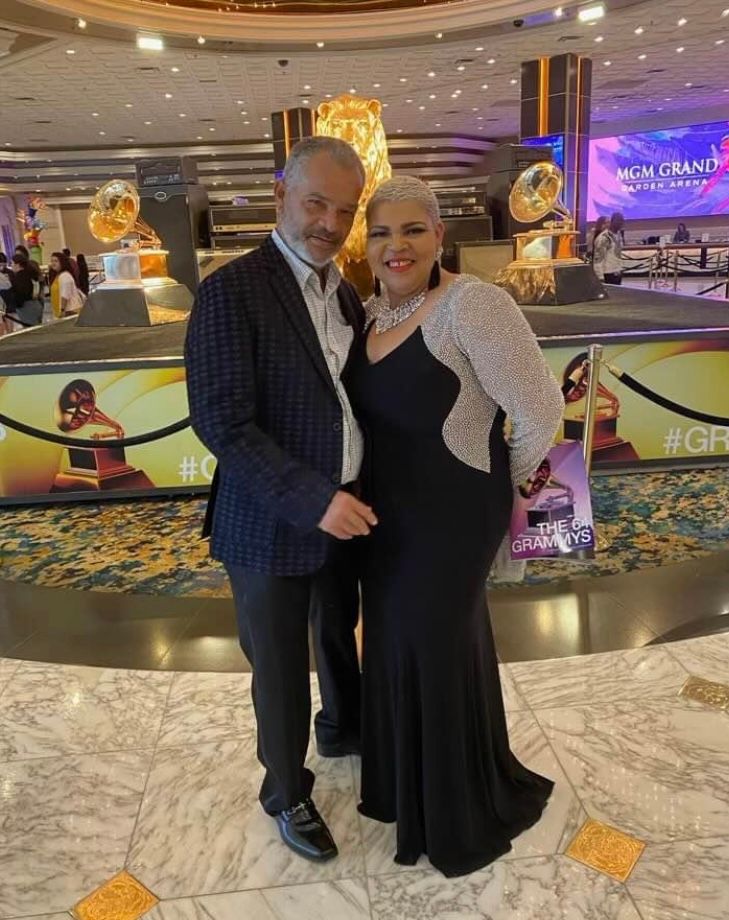 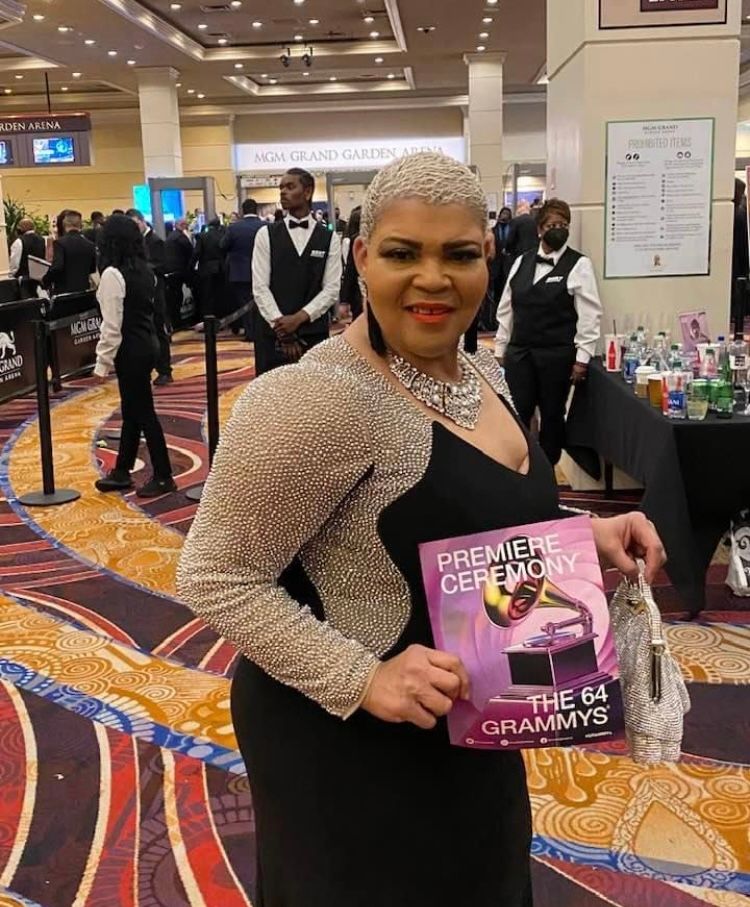 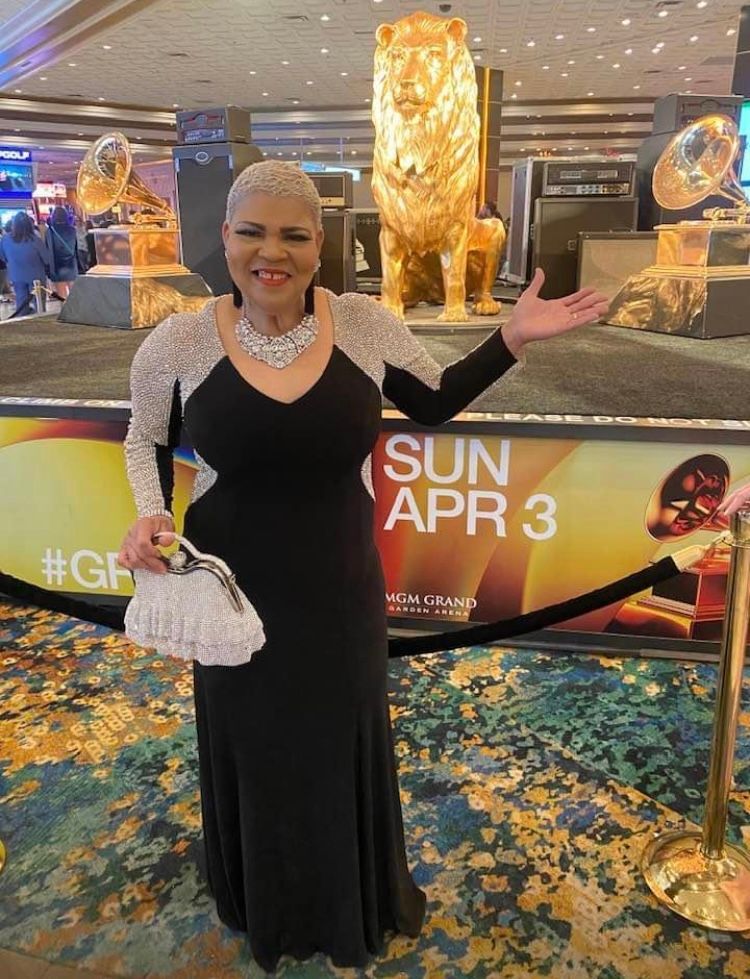 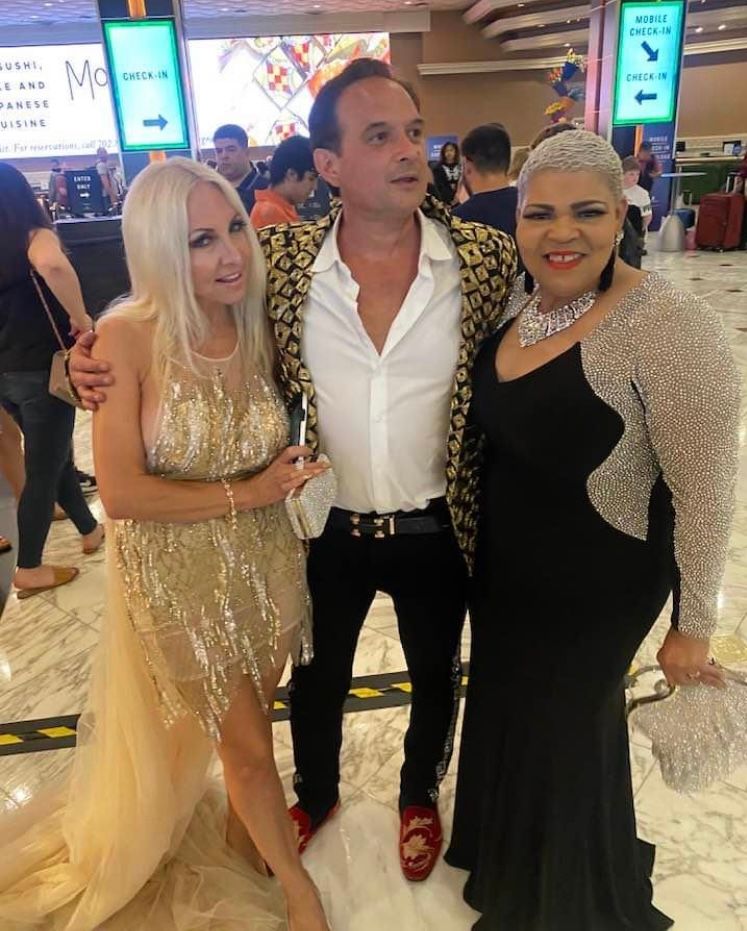 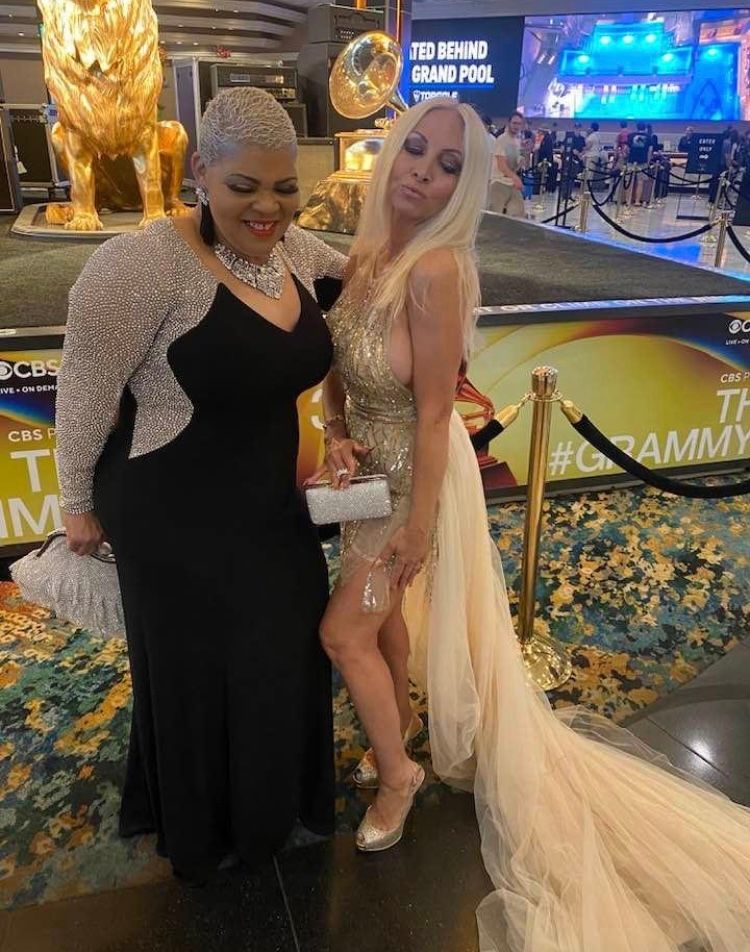 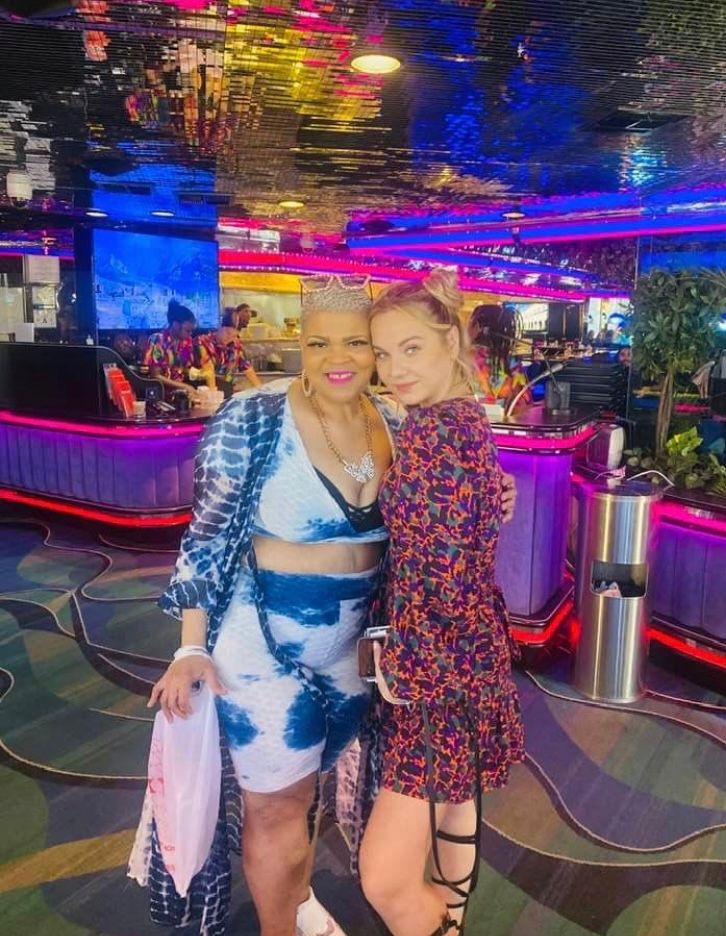 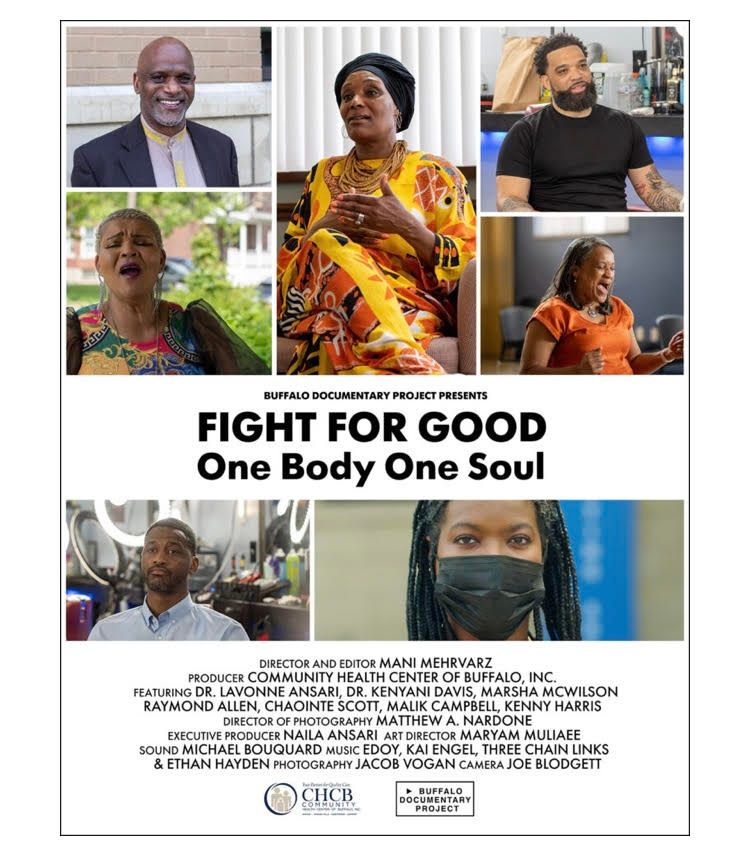 Marsha McWilson is in a new documentary about COVID and vaccines called "Fight For Good: One Body One Soul." The documentary, screened at Niagara University, tackles the Community Health Center of Buffalo's response to the COVID-19 pandemic. For more info, here's the link: https://buffalodocumentaryproject.com/one-body-one-soul/

The Coronavirus Pandemic pretty much shut down public performances for a year or so. During that time, Marsha lost several friends and family members to the virus, including her sister Vanessa, who was always so supportive of her sister's musical performances. During 2020-2021, Marsha has been seen on TV interviews and on 3 billboards in Buffalo and Niagara Falls advocating for vaccines.

Has she missed performing in front of live audiences? You bet! So she made her triumphant return to the stage on Oct. 14, 2021 at Batavia Downs Gaming & Hotel in Batavia, NY, strategically halfway between Buffalo and Rochester. 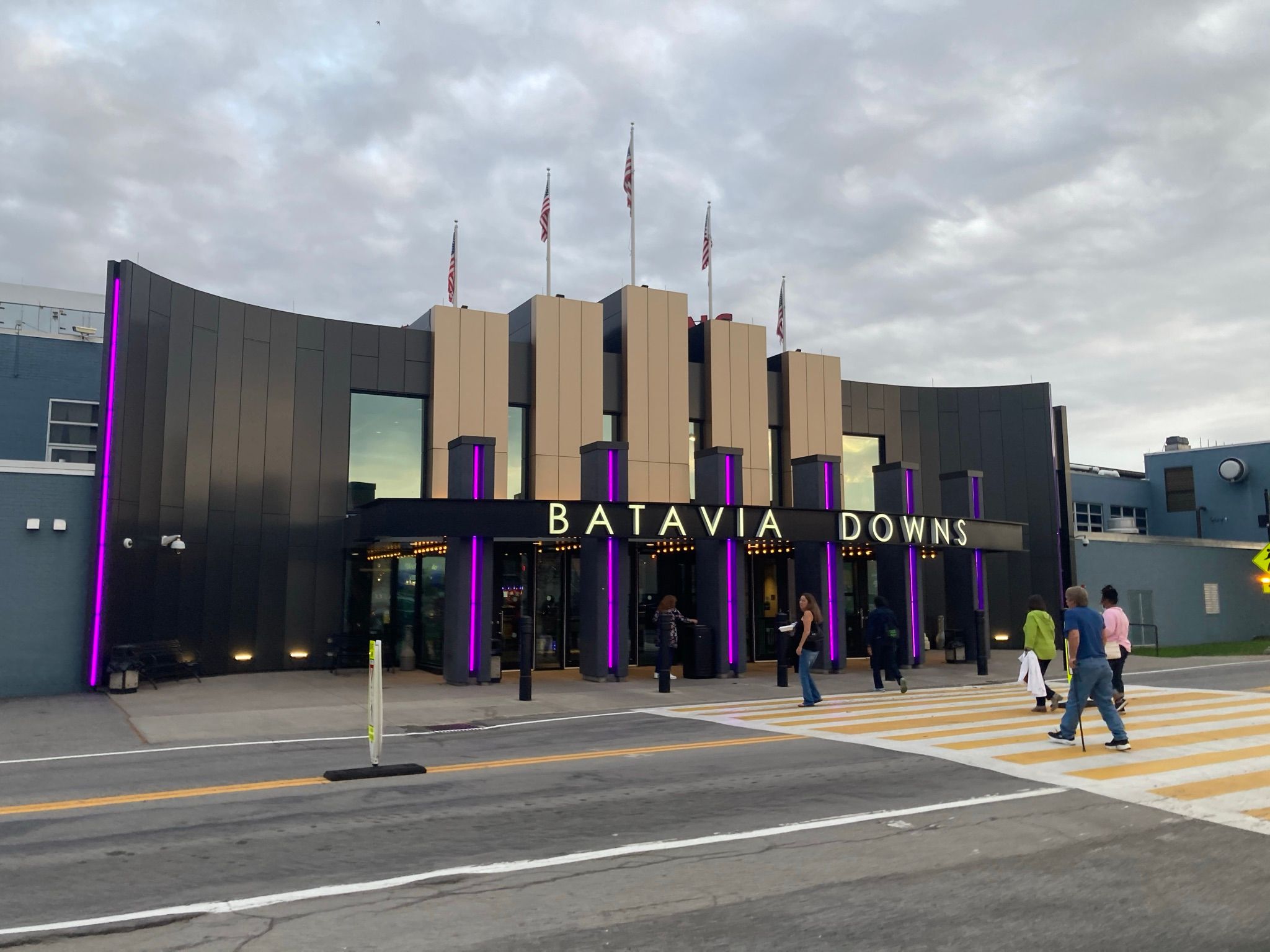 Drawing a crowd on a Thursday night, event organizers were very happy with how everything turned out-- Marsha's fans ate at the complex's bar-restaurant before the show, were entertained for 90+ minutes with Marsha's energetic, casino-style show, then gambled on the slot machines (if they chose to), and many even stayed overnight in the adjoining hotel for a night away from "the real world." By the way, fans came from as far away as Connecticut to see Marsha perform! 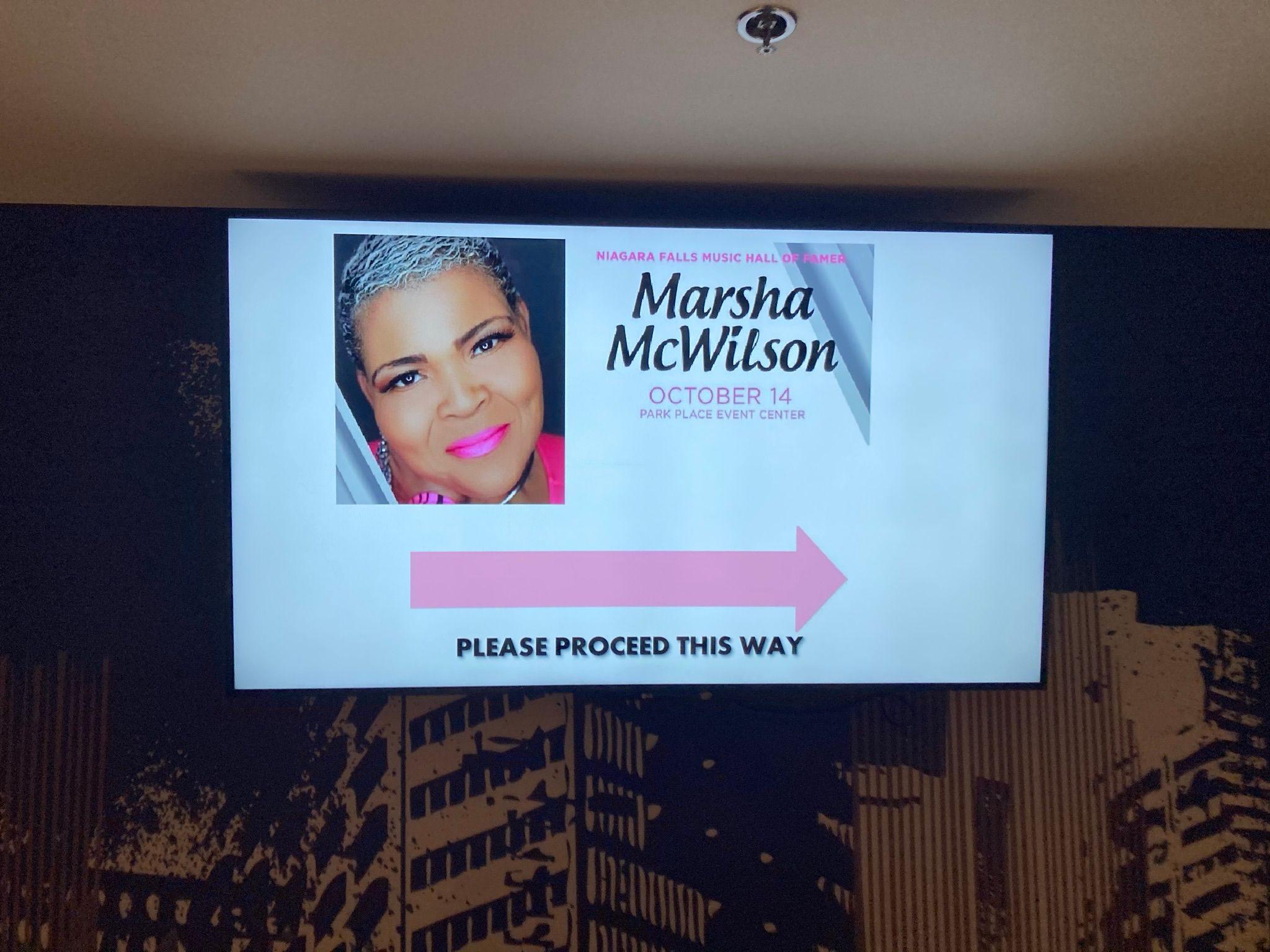 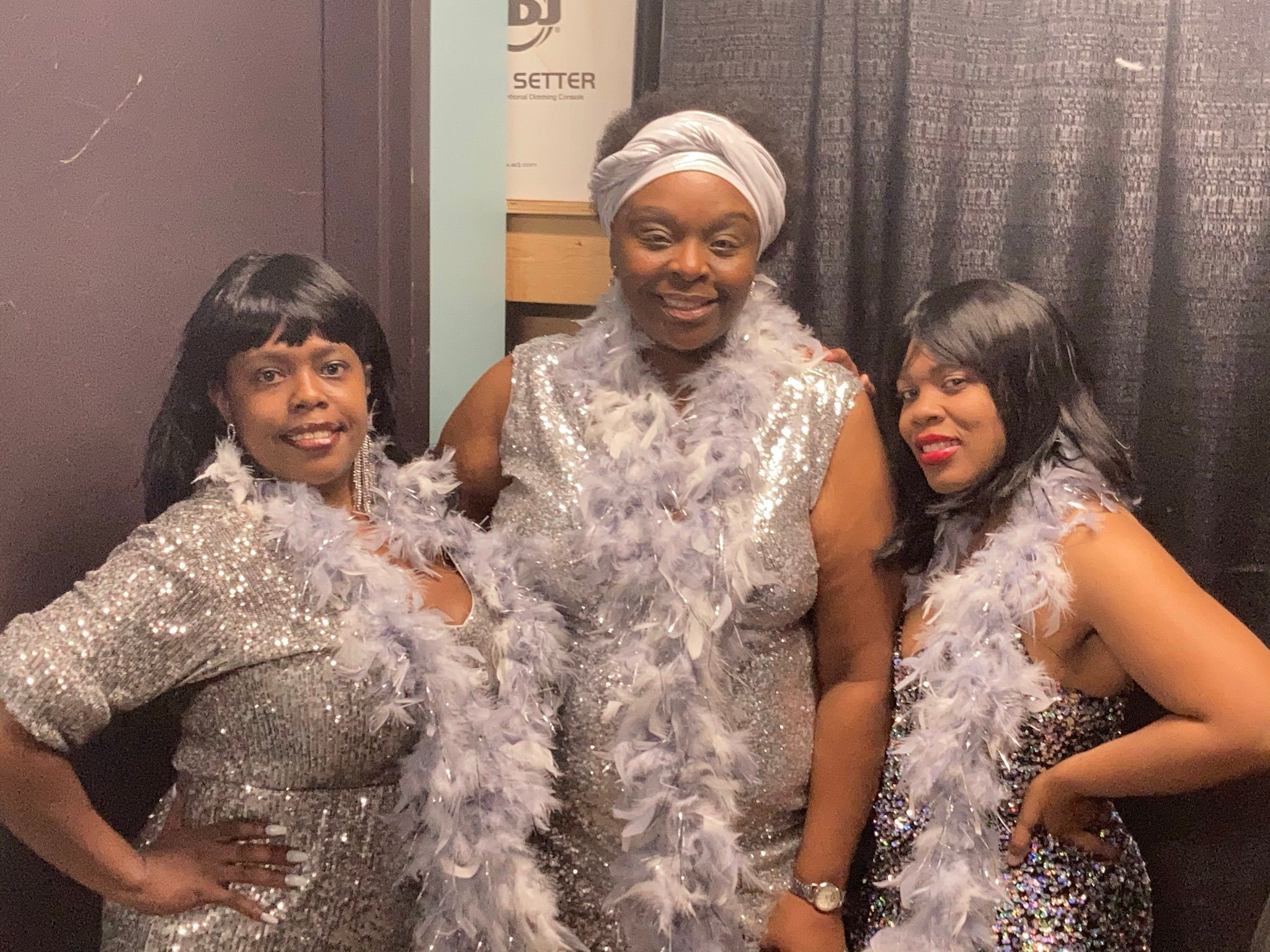 The three background singers took the spotlight, opening the show with a medley of Motown hits including "Heatwave," "Come See About Me," "You Keep Me Hangin' On," "Stop In The Name Of Love," and "Dancin' In The Street." Then the band played Stevie Wonder's classic, "Superstition," as Marsha made her way to the stage singing "I'll Take You There," followed by "Papa Was A Rolling Stone" and "Let's Stay Together." 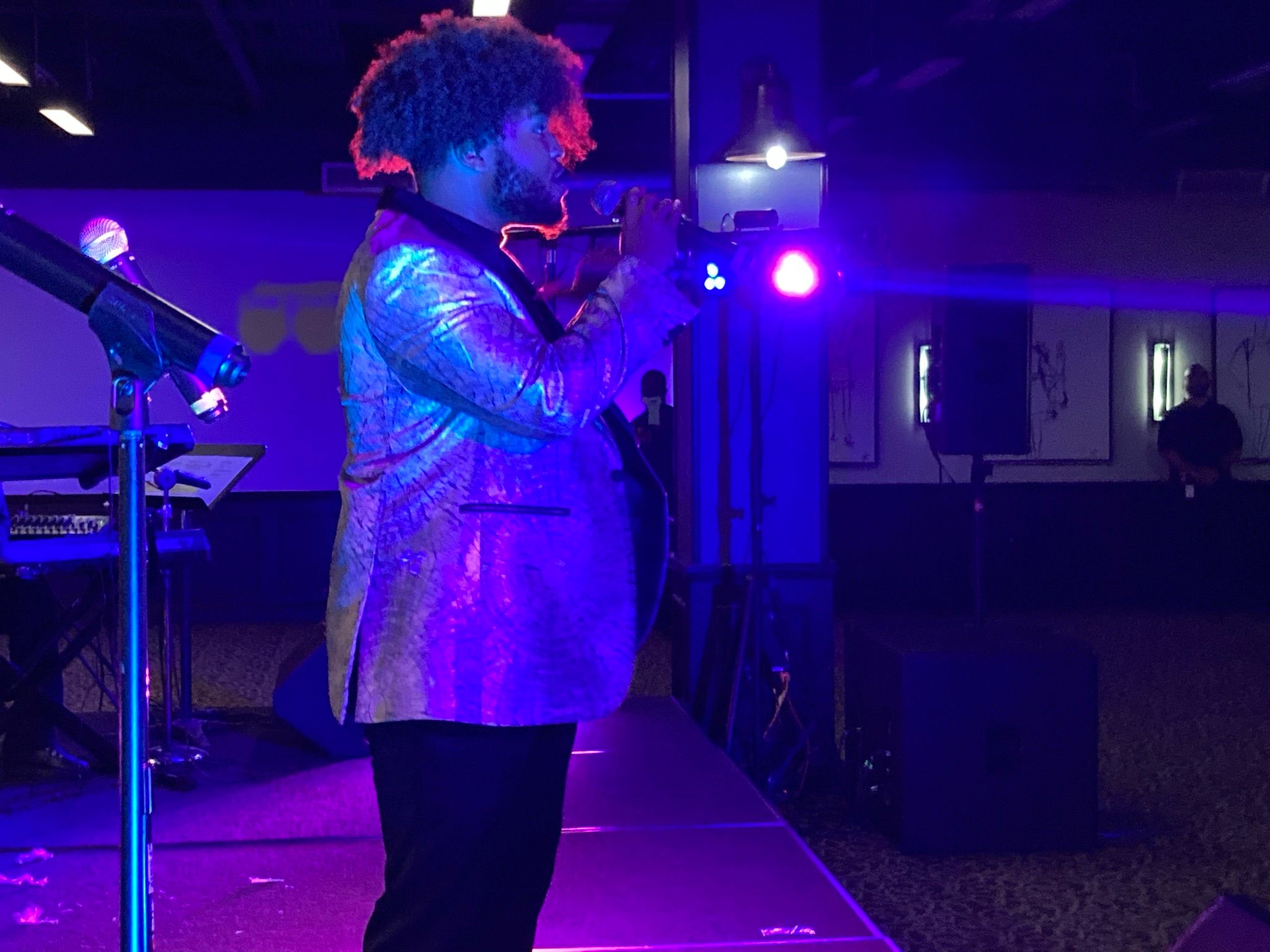 Marsha's son, Cameron, impressed the crowd with his on-point Michael Jackson-like vocals on "I'll Be There" and "I Want You Back." He joined his mom on her self-penned "Rona Mae Blues" song, an ode to all those we lost to Coronavirus (and to all those missing those we've lost).

Marsha sang her most popular original, "Balance," which really touched the hearts of many in the audience who agreed they too need a "balance" in their lives.

For "Midnight Train To Georgia," Marsha did a costume change to look like Gladys Knight, and then joked around with three Pips from the audience who did their best to keep up with her on backing vocals. The crowd enjoyed that!

While Marsha retreated backstage to change into her Aretha Franklin look, the tight band got the crowd dancing with Rick James' "Super Freak."

Marsha owned the stage as she portrayed Aretha, the Queen of Soul, singing "Freeway of Love," "You Make Me Feel Like A Natural Woman," "Rock Steady," and, of course, "Respect."

Marsha was changing into her Etta James look backstage when Love Harmony and her fellow singers got the crowd dancing the "electric slide" with A Taste of Honey's 1970s jam, "Boogie Oogie Oogie."

Marsha, known for her similarity to the late-great Etta James, returned to the spotlight to sing Etta's "I'd Rather Go Blind" and "At Last." Tons of couples danced in the aisles to the beautifully romantic rendition of "At Last," which was and is always a crowd favorite!

The band played Stevie Wonder's "Higher Ground" to allow Marsha one more transformation. For the finale, she took on the persona of the legendary Tina Turner, and together with her backing singers, they did "Proud Mary" justice. 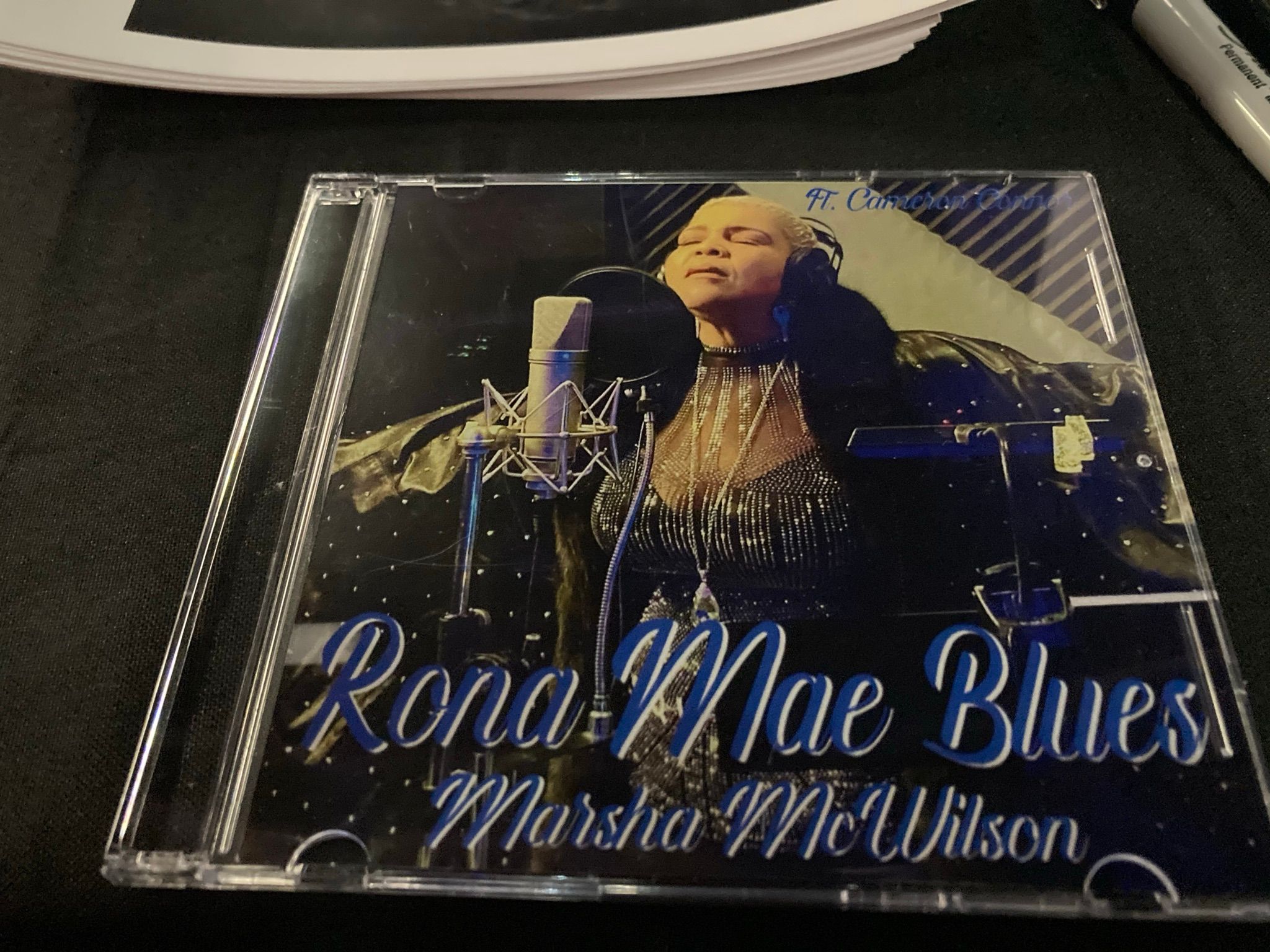 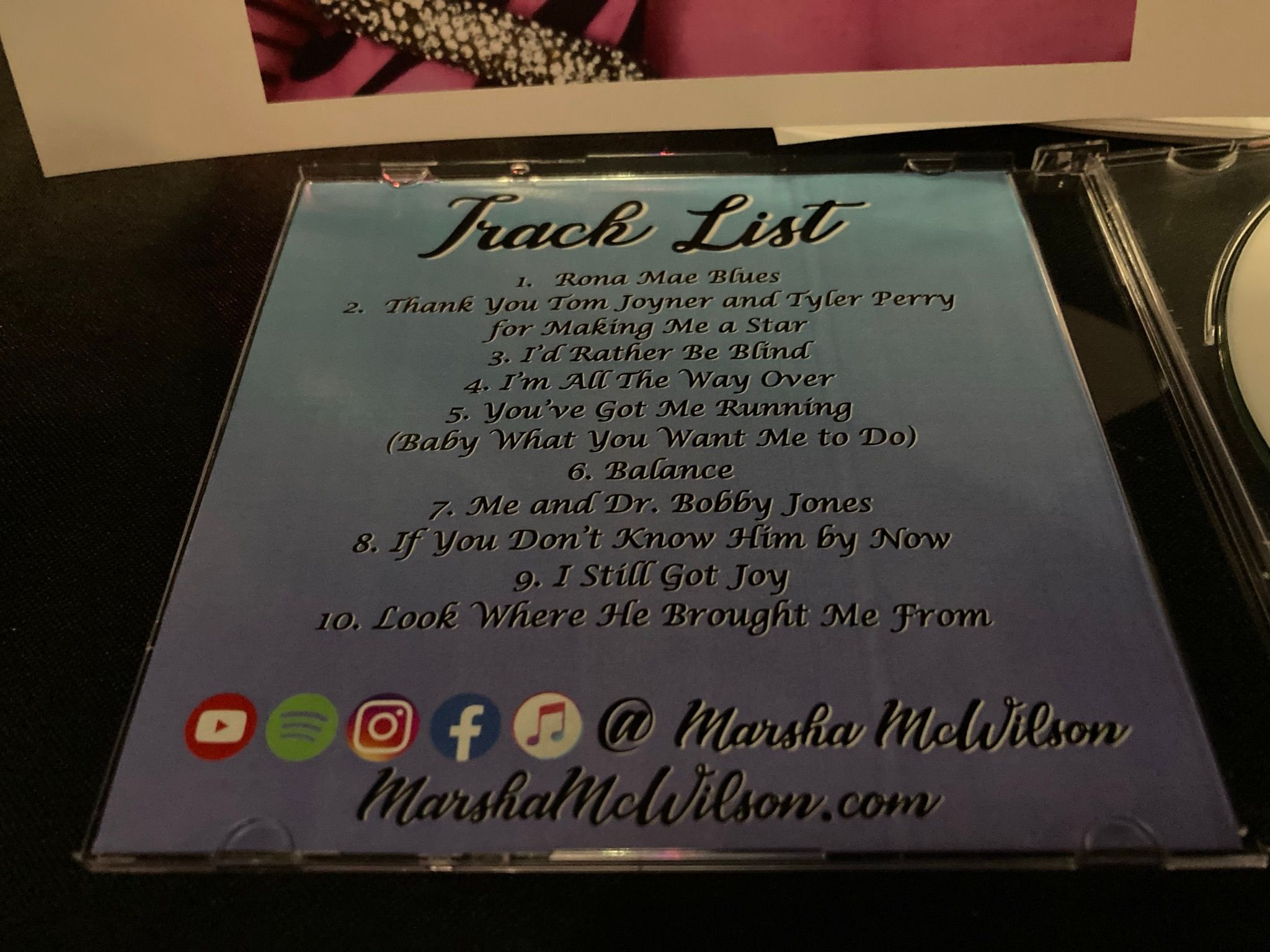 After the show was over, many people lingered in the venue to chat with one another as well as to meet Marsha and take pictures with her. They scooped up her latest CD, "Rona Mae Blues," for $15.